Today I will talk about what the guests saw as they pulled/walked up to the house as well as the wall decorations inside from right to including the mantle. Then save the rest for another day.

***Remember... most of these decorations we made, the only ones we didn't make were the ones with the Cat in the Hat because you could buy 5 foot tall Cat in the Hat boards. To learn how we made them look at this post from last year's party decorations. If you have ANY questions, let me know. Thanks!***

If you parked on the side street and walked towards the party this is what you would see coming down the fence (you would also have seen the bounce house, but it wasn’t inflated when I took the picture)… 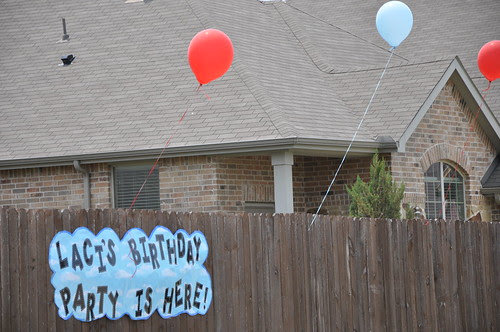 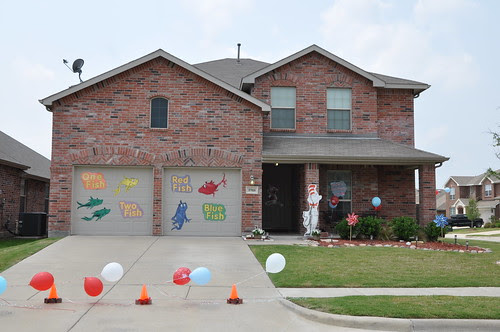 Here is a close up of the porch… 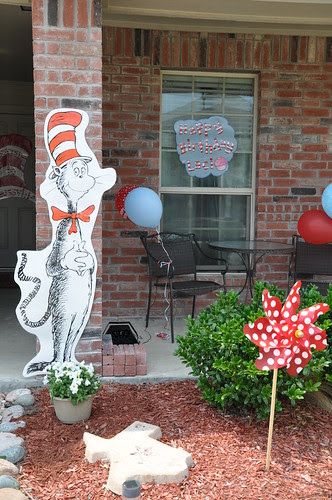 What they saw when walking up to the door… 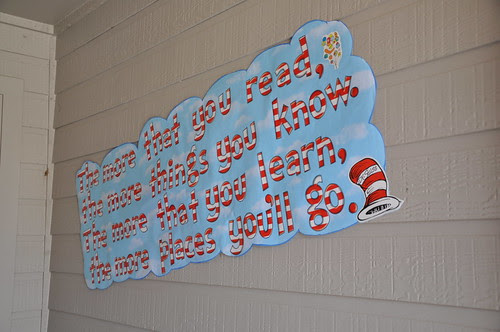 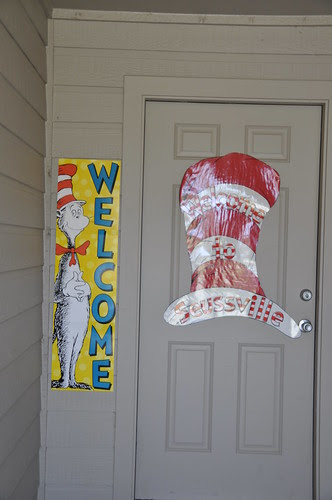 Inside the house from right to left we have… 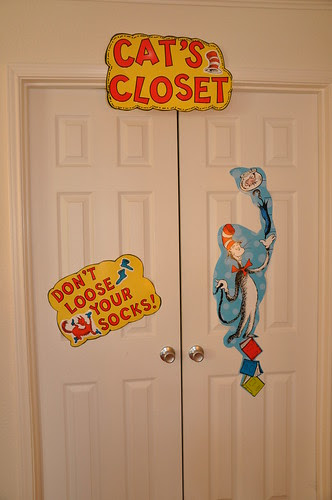 First wall with a cute saying: 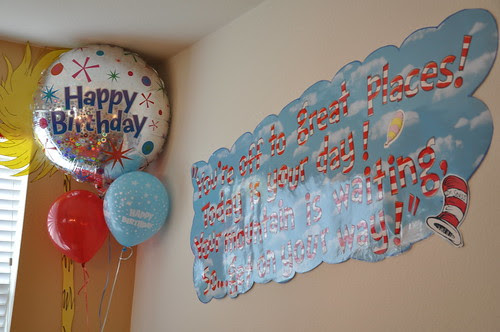 Windows to the left of said wall:
Now this was adorable because at the bottom we had the boy and girl peaking out of the window like in the book (we later on decided we should have done their faces too, but it was too little too late): 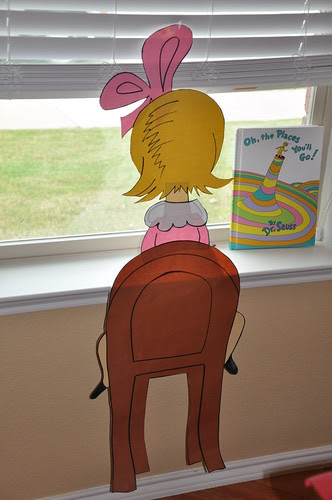 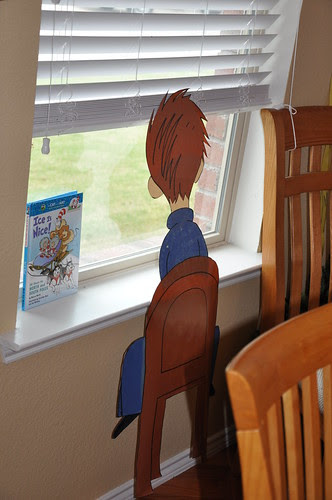 Right above them in the middle of the window we had the fish: 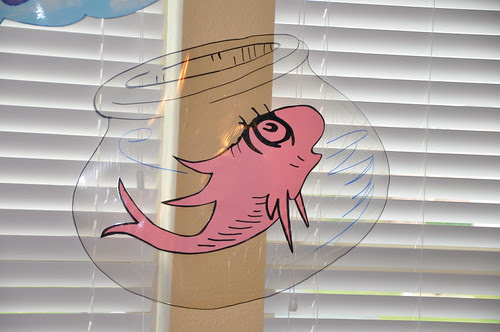 Then his saying above him: 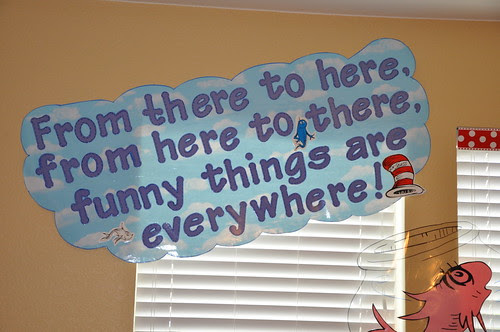 Then on the other side of the ½ wall we had the boy and girl again with the Dr. Seuss Clock and a saying that said Happy Birthday Laci (you can also see the pillow we talked about yesterday): 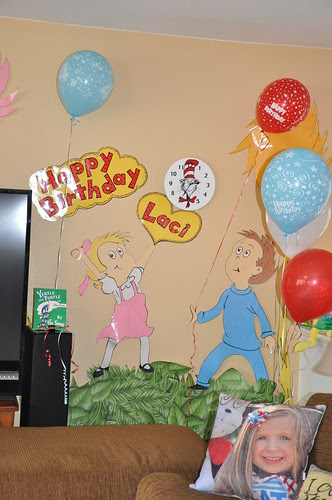 Then the TV (During the party we had some of The Cat in the Hat shows playing): 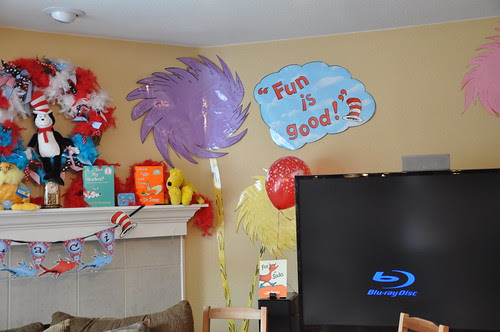 Mantle/Fireplace Decorations – To make the wreath we started with a plain wooden wreath and wrapped around the feather boas, then stuck The Cat in the Hat in the middle. Then I made the banner that went across the bottom and just had books and decorations on the mantle: 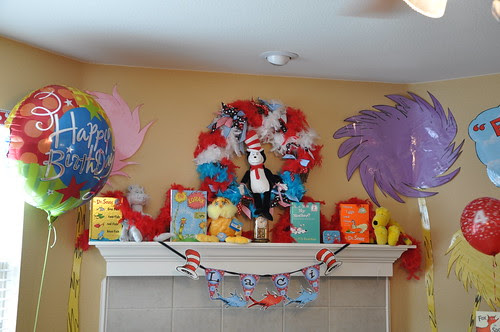 That wraps up the decorations for today… There is a lot of stuff in there, so if you have questions or want to know where I got something let me know. For the stuff that has already been posted see the TOC below for links.