In the past 5 months I have been blessed with South Hill Designs. I have a team of over 14 people and am making close to $750 a month PART TIME. I have been doing this by helping women start their own businesses, hosting socials (hey why not have some fun and get some bling), doing events, and really just having a blast. Once I got a team I decided that my team name would be Team Infinity.

So with that being said...

I love what I have been doing and am so excited to share it with everyone!

One of our newest hottest releases recently was the locket bracelet. It is SO super cute! I can't wait to get mine in! 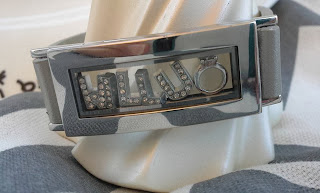 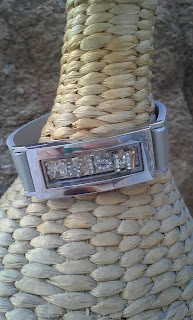 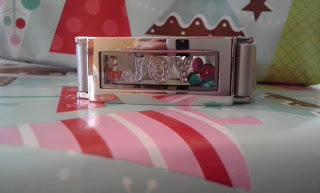 So do you need some extra cash? My team calls ourselves soul sisters... why? Because we love this and have such a passion for it! So do you want to be a soul sister with me?


A year from now you will wonder why you didn't take the chance... I mean really what is the worst that could happen? You spend $59, get a locket and purchase a couple charms and decided it isn't the thing for you...

Take the chance and ask me how!
Hugs!
Julie

Been busy with South Hill Designs...

So much has happened in this past month. From vendor shows, socials, to learning more about branding and promoting, to new growth! I have been really busy!  I just finished up doing a vinyl craft project for someone that I should have taken pictures to share with you, but alas I didn't... I decorated (3) water bottles for her kiddos for their Disney World trip. Lets just say... I underestimated by a LOT on how difficult it would be. But in the end they turned out awesome and I know the kiddos will love them.

Aside from that I have been SUPER busy with South Hill Designs and making sure my site Tell Life's Story is looking fresh. I am growing my team and really excited about it because not only are we open in the United States, we are also open to both Puerto Rico AND... as of last week CANADA!!!

So aside from doing lots of promoting and getting information out there, I also have gotten to put my creative juices to use and make up not only cute and adorable lockets, I also get to work on my photography skills (do you know how difficult it is to get a good picture of a locket that has glass on the front?). Even in automatic mode I would still say I am doing pretty good. Staging is 1/2 the battle and I feel like I am getting better at that as well!

Here is a cute teacher design I did for back to school. My munchkin is already asking when she gets to go back!! I am so glad she loves it!

Here is one I put together for Hair Stylists, because really a good stylist is a girls best friend! Also pictured as a prop is the BaByliss Mira Curl and LOVE LOVE LOVE IT! So it was perfect to stage a cute hair dresser locket!

And in honor of the royal family... are they having a prince or princess? Looks like today will be the day!

So I have been super busy, and very excited about being with South Hill Designs! It is truly a gift to get to not only sell something that I love and have a passion about, but that I also get to help others fill their dreams by introducing them to it and having them Join My Team!

So I hope that you have had a wonderful summer so far! I hope to share with you more soon and if you have any questions about South Hill Designs there is a weekly discovery call today, Monday, July 22. But they typically happen every week (just email me to ask for the next call date if you miss this one Julie@TellLifesStory.com

Feel free to hop on and listen, ask questions, and get more information about this awesome opportunity. All you need to tell them is your name and then tell them Julie #31875 sent you. :)

I have been with my company for 5 1/2 years, that is 5 1/2 years that I have driven 50 miles each way to work. At a minimum about an hour in the car each way. I have a lot of time to think, listen, catch up with people, etc. Well when I started working for the company I got a car that got good gas mileage, and as a perk it came with a free 9 month subscription to Sirius Radio. Well, lets just say that I had to start paying for said subscription because I fell in LOVE with a show.

If you are sitting there scratching your head saying to yourself WHO? Yeah... well you need to start listening in the morning... Wake Up with Taylor is on Cosmo Radio (currently channel 108) and has been keeping me entertained for the past 5 1/2 years in my car on the drive to work.

There are some moments where I yell at the radio, count how many times Taylor says like in any given period of time, or am laughing so hard at the things they are saying I can't breathe. It is rare I change to another channel, typically if they are running a replay, but even then I find myself enjoying the show from before. But during replays I always miss hearing the "7 things you need to know before you go."

Ok, so I tell you all this to show my love for a couple of people that I consider friends even though we don't talk (weird I know). But I have listened to their lives every day:

Taylor Recap... I remember when kind of thing:
I really could go on and on.. but those are the major points for Tay.

Kenny Recap
So see.. this is just a little bit about them... I currently feel like a creepy stalker... but I know this isn't the case, they do kind of put their lives out there for others to listen to. I just happen to have listened for a REALLY long time.

Anyways, back to my trip. So I love them, not in the wierd creepy stalker way, but in the... you are my best friend and you just don't know it yet kind of way. :)

About a week before my trip I contacted Tay and told her that it was my 30th birthday and although I would LOVE LOVE LOVE to meet them would settle for tips on things to do in the city. Most people wouldn't respond and would just ignore you... but I got LUCKY!

What did she say you ask? "Come in the studio!" EEEEEEEEEEEEEEEEEEEEEEEKKKKKKKKKKK! What like for real? Did I read that right? Oh I totally did! Now how to make it happen. So I contacted the producer Steph and we set up a time to come in of 9:30am on Monday, the day we left.

So Jake dropped us off at the LIRR and Laci and I took the hour and a half treck into the city. We got to the building and through security and I got to meet Steph (the awesome producer), and Taylor and Kenny the best morning radio hosts on the PLANET... no for real! They are the BEST!

Here Steph let Laci sit in the chair and pretend to be on the radio: This is actually the chair that all the famous people that come in sit at... Lucky gal! Then we took pictures with everyone... Tay, Kenny, Laci and I

Then of course we had to have a funny one: And one last pic of Laci and I in front of the Sirus XM sign: So, believe it or not this was my personal highlight of the trip... so after only 45 minutes of enjoying thier company... Laci and I booked it back to Penn Station to catch the hour ride back to make it to our plane on time.

I so wish I could have stayed longer to talk to them. I took them some skinny tumblers (forgot to take pics) with the Wake Up logo on them and their names as a gift for letting me come in. If I ever get to go back I am going to hit them up to go to lunch with me, not sure I will be so lucky, but I would try. I feel like I could talk to them for hours.

Anyways, we had a fabulious trip. Just amazing and I couldn't have done it... any of it (getting there, etc)...  if it weren't for someone awesome... they know who they are.

So I am the big 3-0 and had the best weekend spending some awesome time with the family and seeing all of the sites.